Home > What makes a good translator?

Recently, we published a piece that aimed at answering translation FAQs from across the internet. If you’re interested, you can read the whole article here. One of the questions that we touched on was “What makes a good translator?”

It’s a topic that appears time and time again, so today I’ll be looking at the qualities or attributes that make a good translator.

There’s a plethora of articles out there, and reassuringly, they largely agree with my own thoughts on the matter. So here goes, my top five skills that a good translator needs:

What makes a good translator?

Although I’ve restricted myself to five attributes here, I really struggled to cut the list down that far.

I’m the main blog writer here at STAR UK HQ, but I usually do a little bit of crowdsourcing/sense checking when I write these articles. I can always be sure that prompts about required skills for translation will generate lively discussion. In fact, I was inundated with responses.

We are unusual in that we have a large in-house team, and of course, they are all skilled translators in their various specialisms. They all have their own opinions about what makes a good translator and they have examples to back up those opinions.

In addition to this, they have all reviewed bad translations and can pinpoint the skill that was lacking on those occasions. 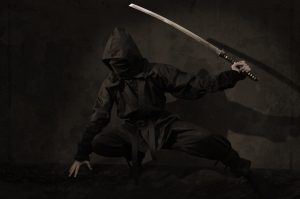 Do you know any translation ninjas?

Chances are you’re aware of what a ninja is – in pop culture, it’s a person who moves and acts without being seen. You might be pulling a slightly confused face as to why I’ve introduced a ninja into the middle of my blog about good translators. However, I do have a point to make.

When it comes to translations, and particularly good ones, the aim is to create a target language version that contains all of the information from the source text and creates the same reaction in the reader as the original language version.

I can explain further.

The internet is full of product descriptions that don’t quite hit the mark – we find that questions can be asked to the customer service team, or that a product convinces with its top quality. We even see many companies claiming that their experts have extensive Know-How in certain fields.

For any German speakers reading this, it is immediately obvious that these are translated sentences. They follow the original text just a little too closely and cause a native English speaker to pause for just a moment.

A good translator needs to have excellent writing skills in their target language to avoid replicating these mistakes. If they do their job well, there is no evidence that they were ever there, and they can claim to be a translation ninja.

Really, this one should go without saying; it’s rather a given that a translator must have good knowledge of their source language.

It’s an almost universal requirement of BA language courses in the UK that students spend an extended period of time in a country where their chosen language is spoken. It is perhaps the best way to gain an in-depth understanding of your host culture and the nuances of language.

These nuances of language are important. A good translator can pick up on these nuances and convey them in their target text.

In some languages, source language skills are the difference in recognising, or not, such tenses as the conditional, pluperfect and subjunctive.

These source language skills can easily be overlooked in favour of someone who can write persuasively in the required target language. If it sounds good, does it matter if it’s accurate?! Well, yes! 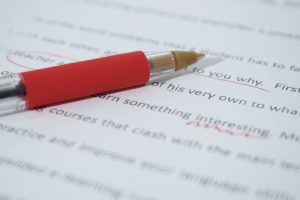 Can you spot a typo at fifty paces?

Within the office, I’m a well-known stickler for correct formatting. I like everything to be perfectly aligned, and I derive great satisfaction from improving dodgy table layouts. Don’t judge me…!

This attention to detail also stands me in good stead when I translate.

It is one thing to understand the source text and to accurately render it into the target language. But if your submitted draft is littered with typing errors, then you cannot presume to call yourself a good translator.

In my opinion though, attention to detail extends further than just the ability to spot typing errors.

At the end of every translation project, we run a QA check known as the “format check”. It looks at punctuation, spacing and whether text formatting has been copied over into the target text. (Among other things, it’s a bit more complicated than that!).

The format check makes sure that a document is ready to be published. It cannot replace a final proofreading step once the text is in its final layout. Yet, it enables us to make sure of the little things.

For example, It makes sure that a sentence starts with a capital letter and ends with a full stop. This sounds like such an obvious check that you might wonder if it is necessary, but unfortunately, it often flags oversights in a text.

The translation industry is fast paced, and deadlines are always strict. A good translator pays attention to the little things during the project, meaning that my post-review check routine takes less time. All project managers out there can attest to the level of gratitude we feel to the translator when QA checks run without a hitch. 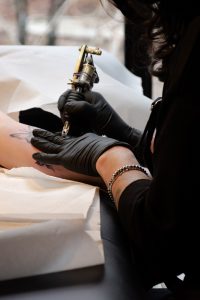 Considering your next tattoo?

In a tale that has become STAR UK folklore, one of our in-house team told of their interview to join the company. Many moons ago, this interviewee, who was fresh out of their Masters course, was confronted with the question “What should a good translator have tattooed on their eyelids?”

I don’t think I can overstate the importance of common sense when translating. A good translator will be able to use this common sense to identify the most sensible translation for a specific context. (Hint: If you see a technical German text that mentions a Feder, it’s most likely that they are talking about a spring, not a feather!)

A good translator can also apply this common sense to issues that arise during translation, such as how to deal with acronyms or ambiguous sentences.

As a project manager, I can’t emphasise strongly enough how important this can be. I mentioned earlier that our in-house team can all tell stories of when they have reviewed texts completed by a good translator and also by a less skilled translator.

Often, the difference between the two is their use of common sense when it comes to any problems posed by the translation.

We do not expect our translators to know every piece of technical terminology that might crop up in a text, and texts often include company-specific acronyms that can only be interpreted by a member of staff. Queries are therefore par for the course, and something that we deal with on a regular basis.

A good translator will recognise that the English company commissioning the translation of a German report will probably not be able to help with some of their queries. They therefore would word their query as “I’m not sure of X, but my best suggestion is Y”. It makes a much better impression than: “I have no idea what X means, so I guessed”. More often than not, the guess is completely implausible and makes no sense… 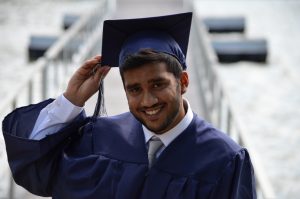 I know there are many industries out there where your level of education and the qualifications you hold are paramount. In a way, the translation industry is no different.

The ISO 17100 standard for translation requires translators to have higher-education qualifications in either a language or translation, or extensive full-time practical experience in the field before they can be considered as being compliant.

If we consider the ISO standard as a measure of whether someone is a good translator or not, then qualifications are indeed important.

However, the ISO standard also allows for translators who have five or more years of full-time translation experience.

A translation course gives you a great grounding in translation theory. You have the opportunity to gain professional feedback on your work and to work on a variety of texts away from the pressure of customer expectations and tight turnaround times.

In our experience however, the qualification is just a basis on which to build. You’ll notice that I left it to the end of my list of attributes for a good translator, and I did it for a specific reason.

At STAR UK, we love hiring new Masters graduates and giving them their first job in the industry. Yet we know that it is the start of their career, and when we have multiple applicants with the same qualifications, we look at the whole picture. Can they write nicely in English? Do they have any common sense? Do they display attention to detail?

Translation skills can be learnt, but some things can’t be taught.