Home > Translation in a post-Brexit landscape

European companies that rely on the translation of documents have been put in a somewhat difficult position recently. With all of the uncertainty over what the post-Brexit landscape will look like it is uncertain how things will play out for them.

The English language in post-Brexit Europe

The first question on the minds of anyone involved in post-Brexit translation is precisely how relevant the English language will continue to be in the EU and around the world.

Let’s attempt to answer this question in a more precise manner. The European Union lists itself as having twenty-four official working languages, however figures indicate that at present the number of people speaking one of those working languages, whose second language is English, is immense – in fact, there are twice as many people with English as a second language compared to native English speakers.

So, for the short term at least, translators dealing with the post-Brexit world do not need to worry about the English language becoming obsolete; even if it were to gradually decline in popularity, this would gradually take place over many decades. In the past it could have been argued that French would rapidly become the dominant EU language for translators to consider after Brexit, however the addition of a number of member states to the EU from Eastern Europe, such as Poland and Bulgaria in 2004, cemented English as the primary language for communication within Europe.

We must also carefully consider the effects that a falling pound may have on translators and translation services, as this can cause a great deal of concern and instability within the industry. 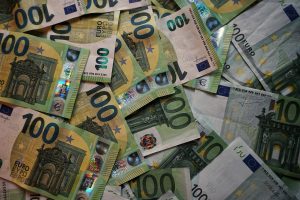 Brexit, when considered alongside the ongoing COVID-19 crisis, has at times caused dramatic drops in the value of the pound.

Why is this important?

This could potentially cause companies to need to look for translation partners in new countries. Fortunately recent market surveys seem to indicate that the Coronavirus issue has been something of a global leveller with many worldwide economies tumbling, somewhat offsetting the decreasing value of the British pound due to Brexit. This can be added to the fact that translation services offered by UK-based companies are generally somewhat cheaper compared to those from the US and other English speaking nations. As a result of this, the UK looks set to continue to be the leader of translation services in a post-Brexit world.

There are also a number of factors that may work in favour of UK-based translators after Brexit. Despite the seeming finality with which Brexit dates are reported in the media, nothing happens immediately; there are huge swathes of time after Brexit has taken place during which many of our intertwined laws have to be carefully considered and negotiated.

Even though the UK now has a Brexit “deal” in place, there will undoubtedly be years of new work for translators and translation organisations generated by the legal industry, as they decipher and disentangle the tens of thousands of laws and statutes that the UK and the EU share.

The red tape that these new laws and interpretations generate will be difficult for any non-specialist translator to navigate.

Another factor to consider is that there will undoubtedly be more trade in the UK with companies outside of the EU in the future. Whether this is due to successful deals made by the British government or sheer force of necessity, new markets will emerge overseas that will certainly require the services of translators to ensure that business is able to flourish in the post-Brexit landscape.

These new deals will all come with their associated regulations, and effective translation will be an integral part of any potential success.

Of course there is a definite danger of the UK becoming isolated; however, the UK has to continue to survive and the only way to accomplish this is to trade overseas, thus ensuring that the services of local translators will be in high demand for businesses in the UK wishing to trade in new emerging markets and vice-versa.

In the short term at least, it appears that the market for translation is actually growing. If we carefully consider industries that directly benefit from translation services after Brexit, market reports demonstrate that cross-border trade between the UK and the EU has actually slightly increased due to foreign organisations taking advantage of the pound, which is currently relatively weak.

Buyer confidence does not appear to have been greatly shaken by Brexit negotiations, and this is a promising sign that future trade with the EU will continue at the same – or increased – levels as before Brexit, regardless of any new regulations and requirements that are put in place.

The impact of Covid-19

One thing worth considering is the significant impact Brexit has had on the global economy, and this, coupled with on-going global issues related to COVID-19,  means there is no doubt that global growth will slow dramatically in the future.

Global trade growth has been slowing for about a decade now, and this trend is set to continue at an increased pace.

Whilst initially this may seem sobering, it is worth considering that businesses, organisations and individuals wishing to buck the trend of reduced growth will have to seek new marketplaces in order to continue profiting from a changing global landscape, and translation services will continue to be required.

New legislation in the UK

Now that Brexit is a done deal, obviously it is difficult to predict exactly what changes to laws and statutes will be made that could affect the translation industry directly. However, at STAR we are still able to continue to offer our translation services as we always have.

As the laws that have bound the EU and the UK for decades continue to be unravelled, there is a chance that new laws could affect any sector.

However at this juncture it seems very unlikely that anything dramatic will take place that could affect UK-based trade. The one thing we can rely on is that English language translations will remain in high demand for the foreseeable future.

It is clear that businesses dealing with physical goods and shipping will have a number of obstacles to circumvent, but it appears that those offering translation and other digital-based services will continue largely as normal.

Preparing for the future in the post-Brexit world?

Firstly, you need to be keeping an eye on any newly enacted legislation that may have an impact on your business. People and organisations have already been caught out by changing laws, and you do not want to find yourself looking at a significant loss by simply being unaware.

Secondly, do not be afraid to look for business opportunities elsewhere; with new markets emerging now that Brexit has passed, you should look further afield to places that are priced in currencies other than GBP. If you are motivated to expand your client base in new directions, you can rise above any hiccups and issues that may result from Brexit in the short term, leaving you well placed to take advantage of the changing economic landscape in the future.

You absolutely should not let a  difference in language stop you from growing your business.

Thirdly, and most importantly, you should look to develop a mutually beneficial partnership with an experienced translation partner.  They will always be best placed to advise you on any of the subtleties regarding language that you may not be aware of. It is also likely that they have already dealt with the problems you are looking at and can save you vast amounts of time and money.

Translators are well placed to help reshape the EU as it goes through changes and asks many questions in the wake of Brexit.

Whilst it is too early to draw definite conclusions about how the post-Brexit translation landscape will look, initial signs are promising.

As long as you attempt to innovate and explore new markets as they appear, and stay abreast of news and information from the EU and around the world, you are ideally placed to capitalise on the uncertainty, and use the turbulent times we are facing as a stepping stone to even greater success.

There are many risks ahead but also a tremendous number of new and exciting opportunities to be explored.

If you’d like to talk about how partnering with STAR can help your business grow, we’d love to hear from you.