Why did you choose a career in the languages industry?

I think it chose me rather than the other way around! Modern languages had been my favourite subjects at school, and so I pursued that at university too. But spending four years studying German and Italian still left me no closer to knowing what exactly I wanted to do. Just by chance I saw an ad in the paper for a project management position at STAR, and hoped that it would be an opportunity to combine language with an over-enthusiasm for organisation! I tentatively applied and had my first ‘proper’ job just six weeks after I finished my degree. And I’ve been here ever since!

What is your role at STAR?

My official title is Head of Operations, which is code for “doing a lot of planning and juggling”. I oversee the project managers and translators but my day also includes managing my own clients – it’s the part that I love most about the job. It’s gratifying to work with great people (both clients and linguists) and to be able to see a job through from start to finish.

What skills do you think are important for anyone wanting to be a successful project manager?

A love of organisation and list-making, an ability to juggle, calmness under pressure and, probably the biggest one for me, a healthy dose of common sense. I find that the latter will get you through pretty much anything – if you have a problem, ask for help; if you don’t know the answer, find someone who does; and if you see a way to make someone else’s day run a bit more smoothly, do it!

If you were stranded on a desert island, which colleague would you want with you?

If I had to pick just one, I’d say Alice. She’s pretty unflappable in a crisis, comes with bags of common sense and would come fully equipped with her excellent beach chic dress sense. 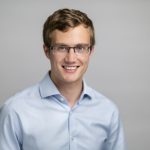 “Karen’s dedication to all of her customers and her willingness to go the extra mile makes a huge difference for all involved.”

BACK TO THE TEAM