Home > Translating adjectives is not as easy as you think

When you think about it, adjectives are amazing things.

A word that changes the meaning of another word.

If you read the words “a cat” you immediately create a mental image of a cat, however if we add in an adjective, it can completely change that mental picture.

I’d be willing to put money on the fact that first time round your mind’s eye didn’t picture a stuffed cat, but now it does, and when you go back to the first example, the cat by itself, you still see an example of the taxidermist’s art.

So when adjectives are so powerful, and can so completely change the way we perceive the written words they relate to, it’s probably fair to say that it is important that we get them right.

If we’re looking to translate a phrase from one language to another and we get the adjective even slightly wrong it can have fairly big consequences.

It’s probably not lifechanging for you not to know that my imaginary cat is long dead and stuffed, but it could be if you were given the wrong information about the inbuilt safety systems of your new car.

So now we’re all in agreement about how important adjectives are, let’s look at a few ways people can be caught out. 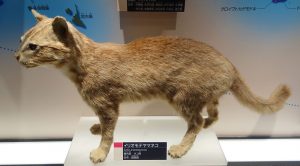 Technically articles are adjectives. “Cat” is less specific than “A cat”, or “The cat”. You’re probably fully aware that different languages have different rules for articles. In English we only have three articles, ‘a’, ‘an’, and ‘the’.

‘A’, and ‘an’ are both derived from the Old English “An” meaning one. A thousand years ago we had “se” (masc.), “seo” (fem.), and “þæt” (neuter), but they were all eventually superseded by “þe” which gave us “the”. However other languages retained a lot of the variation that we in English have lost.

Some languages have two forms of definite article (masculine and feminine), some three (masculine, feminine, and neuter). Sometimes these change according to whether the noun is singular or plural, and sometimes based on whether the noun refers to an animate, or inanimate object.

For example in the Algonkian language of Ojibwe the word “mitig” has several different meanings. When animate the word means tree, but when inanimate it means twig. Similarly in Kurmaji, “dar” used as feminine means tree, but the same word with a masculine article means wood – the sort of mistake a non-native speaker makes all the time.

But there is way more to adjectives than just articles.

The way different languages use adjectives can vary massively. Where is the adjective placed in relation to the noun it belongs to? What order are your adjectives written in? These things matter, are often not particularly intuitive to the non-native speaker.

In French, most adjectives are placed directly after the noun they relate to. For example “une robe rouge” translates as “a red dress” despite literally saying “a dress red”. Most French speakers will forgive a mistake like this, but when it comes to commercial translation ‘good enough’ is not actually good enough. It has to be right.

However, we mentioned that not all adjectives are placed after the noun in French. Some are commonly placed before. You’d be forgiven for thinking that the English phrase “A new dress” would translate to “une robe nouvelle”, but you’d be wrong. In the case of that particular adjective, it should be positioned before the noun, and not after it.

In some cases the meaning of the adjective even changes depending on its placement.

“Une robe chère” is an expensive dress. But “chère Céline” is not expensive Celine, but dear Celine.

As if that wasn’t confusing enough, there are some French phrases that look very much as if they are simple adjective noun combinations, but actually have specific meanings in English.

“Mon petit ami” does not refer to my small friend, but to my boyfriend.

Every language has its own special use cases and subtle nuances that may not be familiar to a non-native speaker.

However, even when translating to and from English we shouldn’t be blasé.

Our use of adjectives is not as simple as you might think. While we usually place adjectives before the noun they relate to, that is not always the case. When using linking verbs (commonly the verb ‘to be’) the adjective goes after the noun.

“The red dress” becomes “The dress is red”.

But also when utilising set phrases such as “heir apparent” or “poet laureate”.

Indefinite pronouns are another example of postpositive adjectives. We wouldn’t refer to “strong somebody”, but “somebody strong”.

There are even examples where changing the position of the adjective from before to after the noun actually changes the meaning of the sentence in English.

“Are you a responsible person?” does not have the same meaning as “Are you the person responsible?”

The difference is subtle, but it is clear to a native speaker.

You may or may not know that we have set rules in English that we all follow, albeit unknowingly, when it comes to the order of adjectives.

The only real point here is that every language has many varied, and subtle rules that govern the use of adjectives. And non-native speakers are likely to get at least some wrong from time to time, however well they know the language.

That is why at STAR we always ensure that our team of translators always work into their native languages.

If you’ve got something to translate, why not get in touch and we’ll make sure it’s done properly.