Home > The English grammar rule you don’t know you know

You don’t get to be the type of person who lives and breathes translation without developing a love for the interesting nuances that make a language what it is.  And so it’s no surprise that the team at STAR have all sorts of obscure knowledge about how language is used.

We’ve looked at a few of these in the past, how adjectives are trickier than you think, and how idioms are actually traps to catch the unwary, but the one we’re going to look at today is possibly the best yet.

There is a grammatical rule in English that you were never formally taught. Yet you know exactly how it is appliedand when to use it. You can also spot it a mile off when people get it wrong.

Actually there are a few, but it’s probably best if we ignore that for the time being.

This rule is a bit special, because despite us all following it, no-one even knows for certain what it is.

It relates to dropping words, or parts of words, inside other words.

I have no doubt that you are fully familiar with prefixes. A word, letter, or number placed immediately in front of another in order to change or clarify its meaning.

And I’m equally certain that you know all sorts about suffixes and how they are used. A morpheme added to the end of a word in order to form a derivative.

For example if I have a habit of being quick at doing things, I may untie my shoelaces quick“ly”.

So if a prefix comes before a word, and a suffix comes after a word, then I suspect you have figured out that an infix is a word or morpheme that sits within the body of another word. 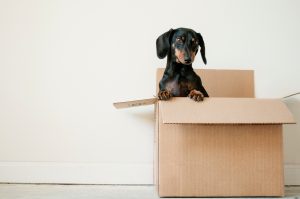 Now I’m not planning on talking about the obscure technical uses of infixes in chemistry, like the addition of “pe” into a word to signify complete hydrogenation – lutidine becoming lupetidine for example. Nor am I going to be looking at highly specific jargon.

Infixes around the world

There are fairly well accepted uses of infixes in lots of languages.  In some Spanish speaking Central American countries “it” is used as a diminutive infix to imply familiarity and affection in a name.  For example, Óscar would become Ósquitar. This probably derives from the Misumalpan language Ulwa spoken across Nicaragua and Honduras which uses infixes regularly.

In Samoan, infixes can be a repeated morpheme used as a unit of stress. So “atamai” meaning “clever” or “smart” becomes “atamamai” meaning “wise”.

In Chamorro, a language used by the indigenous people of the Mariana Islands, infixes are extremely common, and used for a number of purposes.  For example, “tristi” means “sad”, but “trumisti” means “becomes sad”.

However, interesting though this is, it isn’t what I promised you at the beginning.  That was to look at how we use them in English without ever being taught them.

The reason for that, is that in English, infixes are usually expletives.

They are swear words. Or substitute swear words dropped into the middle of other words in order to intensify the meaning.

Are you serious? I hear you ask.

The most interesting thing about these expletive infixes is not that they exist in the first place, but that despite usually not being exposed to them in language until adulthood, new examples can be formed easily and consistently across native English speakers.

That suggests that there is indeed a linguistic rule that is being followed and that the placement is not arbitrary.

However, there is some debate about what that rule may be.

James McMillan, in his paper “Infixing and Interposing in English” suggests that they are placed at a syllable boundary, usually just before the primary stressed syllable of the word.  Thus absolutely becomes abso-bloody-lutely and not ab-bloody-solutely.

However, this doesn’t quite explain the phenomenon completely.

For example, if we were to follow this rule unbelievable would be unbe-bloody-lievable. Clearly the correct usage here is un-bloody-believeable.

John McCarthy, in his paper “Prosodic structure and expletive infixation”  suggests that what actually matters is the metrical stress of the word, and the infixation occurs at the point where the least restructuring of the word needs to be done to accommodate it.

If we look at the words unbelievable and irresponsible we can see they have the same number of syllables. The have identical stress patterns, and the first syllable of both is a separate morpheme.  However, the infix location is clearly different.  What he proposes is that the first complete rhythmic unit of unbelievable is “un”, but of irresponsible it is “irre”.  So while we would say un-bloody-believable, we would not say ir-bloody-responsible, but irre-bloody-sponsible.

What this actually means is that, if he is correct, as native speakers of the English language, we have an innate understanding of the basic repeating rhythmic units of the language. These are known as prosodic feet and form the basis of poetic metre.

But that is a subject for a whole other article.